In this article, we’re going to be featuring 8 of the most well-known VPN brands out there, to determine which of them would be the best VPN buy of 2020. We’ll have a look at the features provided by each service, giving you a good idea of what each has to offer, as well as how they differ from one another.

What is a VPN Service Provider?

The quick answer would be that a VPN Service incorporates several different layers of security and privacy measures that you can’t find with Internet security programs. Also, it’s a means by which you can do just about anything online while remaining anonymous or untraceable. Your real IP address isn’t visible to anyone who sees you online, even your ISP (Internet Service Provider). A nefarious actor online won’t be able to hack into your computer because they think you are in Amsterdam when you are in Phoenix, or vice versa. You can select one of hundreds of different places t0 show as your location. Hackers can’t get into your computer.

Why use a VPN Service?

This is one of those areas where ordinary people look at something such as a VPN service, and think to themselves, “I don’t do anything wrong or risqué online. Why would I need that?” You’d also hear things like, “What are they going to do? I’ve got nothing to hide!”

A VPN service isn’t there to mask undesirable people doing illegal or explicit things online. Instead, it’s to keep ordinary people safe from such types. We are living in a time where information is the new form of gold. Your information is available to the highest bidder when it comes to advertising, and is targeted by cybercriminals- whether you’re rich or poor.

Just a quick note before we begin…

Every one of these companies has a 1-month price, as well as multiple month pricing that has enormous discounts. All are a little different in time and price-cuts from one another.

Because of this, I’ve only included the unaltered first-month pricing for each of them.

NordVPN is based out of the Republic of Panama and was formed in 2012. They currently enjoy a customer base of over 12 million users. They’ve rightfully earned their reputation of being one of the best VPN’s out there today.

The only real complaints that have arisen about NordVPN is that some of their servers differ in speed than others. That said, with over 5,000 servers worldwide, you can always find a server that runs better than others. As far as their overall service goes, NordVPN continues to serve satisfied customers. 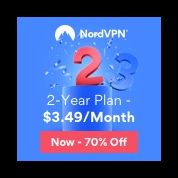 PureVPN is based in Hong Kong and was established in 2006. They’ve served over 3 million customers throughout the years, and continue to run strong. To date, Pure VPN has been deemed to be among the most trustworthy VPN’s available.

Reviews for PureVPN are generally good, but some people find it difficult to work with the customer service reps (possibly due to language barriers or translation software). Also, their app didn’t work correctly on some devices. China presents challenges to this company, so it is a possibility that complaints might spawn from within the Chinese borders.

Surfshark is based in the British Virgin Islands and launched for business in 2018. Although this is a relatively new company in comparison to its competition, users are impressed by the full range of features. Another thing that causes Surfshark to stick out of the crowd is the lack of limits relating to data use and limitless device usage.

The most significant drawback appears to be its support information, which seems to be more geared toward installation rather than any in-depth problem-solving. However, their 24/7 customer support chat is available to help you out, saving you time looking for articles that aren’t there yet.

The parent company of VyprVPN is Golden Frog and is based out of Switzerland. The two major products produced by Golden Frog are VyprVPN and OutFox, with OutFox being geared toward gaming network performance.

There have been a few reviews that complain about slow server speeds in the US and UK, but we’re not given detail into any of the factors involved. Though there may not be as many servers available as their larger counterparts, what VyprVPN does, it does well. This is particularly true when you’re talking about their Chameleon feature, which hides the fact that you’re even using a VPN. 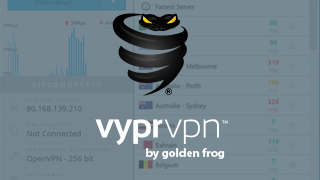 Hidden24 was launched in 2006 and is currently based out of Sweden. They’ve concentrated on making this a basic and streamlined product, that has found a way to make the most out of the positive end of not using any apps. Hidden24 is the cheapest service in this list of VPN’s.

However, the lack of having any apps available make this product more difficult to use than the larger, more polished VPN’s. That coupled with an outdated ticketed customer support system, makes this a tough product for the novice to make the most of. Also, there are issues with a lack of platform support using Hidden24 on a few popular devices.

Ivacy VPN was established in 2007 and is currently located in Singapore. They claim to be the first VPN to introduce “Split Tunneling” to the market in 2010. Their software has been deemed easy to use and works well for the majority of their customers.

There are a few complaints about Ivacy that are worth mentioning. Their return policy is sketchy at best. They boast a 30-day money-back guarantee until you read the fine print. Then you learn that it’s a seven-day guarantee- if you meet specific criteria. If you don’t, there’s no money back. Though poor judgment in customer service might not speak to the quality of the software, it does tend to sour the grapes a little.

ExpressVPN was founded back in 2009 and are based in the British Virgin Islands. Managing over 3,000 servers, this VPN is robust and enjoys a good reputation and high ratings. If you’re a world traveler, this would be a good option due to how thoroughly they are spread across the world.

They’ve also received high marks in the customer service arena, providing fast 24/7 service as needed. Customers tend to be satisfied on every front. They seem to be able to make the most out of every feature ExpressVPN incorporates into its software, which isn’t always the case with several other companies in the VPN arena.

CyberGhost was founded back in 2011 and is based out of Romania. With over 6400 servers at their disposal, they have the most extensive collection in this list of VPN’s.

What’s a mixed bag concerning CyberGhost is their server speed. Their speed is considered to be better than others when it comes to servers within the same country as the user. But if you’re reaching out across the world, there is a much different opinion. Another point is that CyberGhost has a tough time getting around difficult to breach censorship than other VPN’s.

After a great deal of time researching these 8 VPN’s, it is safe to say one thing. All of these products are similar and provide similar services. As is true with any group of companies within the same industry, all have their own set of strengths and weaknesses. These companies differ in their focus of attention on different aspects of online anonymity and security.

All that being said, when it comes down to answering “Who is the best VPN buy of 2020,” I’d have to conclude that the answer would be NordVPN. A close second would be ExpressVPN. These two appear to be the most functional, bearing the most useful features and is customer friendly. NordVPN pulled ahead of Express due to recent updates and fixing speed issues with their servers.

NordVPN has all of the features you’ll need; they have a longstanding history in the industry and has proven to be able to keep up with the changes that come through time. Another reason I chose NordVPN came to me while researching other companies.

Almost all of the contenders above use Nord as their measuring stick. Any comparative review that I could find (that wasn’t the equivalent to a paid advertisement) had Nord in the mix to try and compare itself to. That should say something. If these other companies find it to their benefit to try and outdo Nord, perhaps Nord would be the wisest choice in the first place?

Drop me a note below if you have any input on this subject or the products we’ve discussed today. I’d love to hear from you !