Free VPN’s don’t have a track record of being very reputable due to inevitably selling your information to third parties for the sake of making money. After all, companies don’t create this software as a hobby and need to make money somewhere, right?

The Trouble with Free VPN’s

If the software isn’t the product that makes a company money, it’ll be the data generated via the product. Google, YouTube, Facebook, Twitter, they’re all free to use but charge you your information to be sold to the highest bidder for the sake of advertising revenue.

Most people are cognitive of these info grabs by the platforms listed above and expect it from these types of services. But not from a VPN. It stands to reason that if you’re using a VPN, one of the ideas is to avoid third parties from catching or viewing your information and removing that potential breach in security. Hence the sour grapes of using a free VPN.

Having said all of that, ProtonVPN is a different story- or at least they claim to be, but in a way that makes sense.

How is ProtonVPN Safe while Remaining Free?

There are two major reasons that ProtonVPN can offer their VPN service for free.

As we’ve seen work with other businesses that offer software or services, there is a free account with the option to open up a broader range of features through monthly payments. The idea is for someone to use their free service and get to know and trust the service enough to expand into a paid service when the need arises.

We can see this a lot online when it comes to software or other types of online services. There’s a good reason for that- it works. Here’s the difference in what ProtonVPN has to offer between their free service, their basic service, and premium service.

Pricing is converted over from euros and is for their one-year plan rather than their monthly pricing.

As you can see, there is a big difference in service between Free and Plus. However, not everyone is looking to get blocked content or torrent files. Some people are perfectly happy with 1 VPN connection. It comes down to preference. But in our opinion, ProtonVPN is the best free VPN. 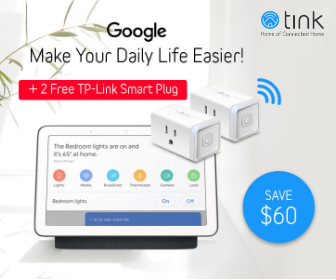 ProtonMail is the second reason Proton VPN’s free service can stay free, and still not abuse your trust through selling your information to third parties. ProtonMail is their crowning product that assists in covering the costs of their VPN service.

So, between these two reasons (paid services for added features and ProtonMail), ProtonVPN does not need to sell your information to anyone else.  In fact, they vow never to do so. Being based in Switzerland, they are constrained by their word and face suffering major penalties by breaching their terms of service. Switzerland has some of the strictest laws concerning this type of thing, which is why some of the most popular VPN brands are based there.

All of these things lump together toward a “YES” when answering whether ProtonVPN is safe or not.

The way this article is being approached, there’s a difference between “safe” and “secure.” A VPN that is safe to use hinges on how the company treats your information, or the overall business ethic.

As far as a VPN being secure, it comes down to the technology, and whether it’s effective. Let’s take a look at what ProtonVPN has in place to provide security.

With all of the above available, let it be known that the level of security for the free package is in no way different than their most expensive package. The only things that differ are the added features, not the strength of security.

Because of that model, the free package of ProtonVPN is among the most secure free VPN’s out there today.

The evidence of this company’s competence is answered through their ProtonMail product. That service is wildly popular due to the levels of integrity incorporated in the product, and the multiple layers of features and security. Others who have conducted Proton VPN reviews have been impressed overall, finding few reasons to complain.

Those who have used and reviewed a ProtonVPN download have had top-tier, positive responses about everything from the user-friendliness to the higher-tech security aspects of their service.

The additional features that come through the paid program are only as beneficial as your preferences or requirements. But as far as their free program, there’s nothing out there that can beat it. Having all of the security measures of a top-paid service for free is only real if the company hosting the service is competent and capable.

We are asked quite often, “Are free VPNs safe?” Our usual answer would be “no”. However, from what I’ve been able to discern, ProtonVPN is both competent and capable of providing continued free coverage and security for years to come, even their free version.